How Confident Should You Be In The Age Of Unpredictability? 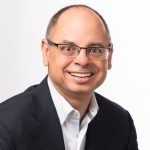 Daniel Barnes is the Director of Wealth Management for Strait & Sound. His mission is to frame and craft his client’s exposure to risk in accordance and alignment with their long-term financial goals. In this way, Daniel is instrumental in helping clients achieve complete financial independence.

You’ll often hear the people of Strait & Sound make this statement: we cannot predict the future. We say this because it’s true. But we also say it as a reminder to ourselves that the future is unwritten. So we need to be very careful about the promises we make to our clients and even our own families. At Strait & Sound, we don’t just offer advice and financial strategies to clients. We walk-our-talk by structuring our financial lives according to the same principles we recommend to clients. I guess you could say – we are in this together.

So this raises an important question. How confident can any of us be right now in a future that seems so unpredictable? Why do I say this? As I write this in early September of 2020, we are facing:

If you look at the list above and find it daunting, you’re not alone. I share that same concern. One of the things we hope you’ll come to admire about the Strait and Sound team is that we don’t pull punches. We call them like we see them. Here is the truth as I see it. The near-term economic future could be very challenging indeed. But then again, things could be just fine. The future is unwritten.

What Is The Shape Of Recovery?

One of the most challenging parts of the situation we all face right now is understanding that which is certain versus that which is uncertain. Here is what I mean. While I cannot predict with any degree of certainty what the future might look like, there are still certainties which I can predict. For instance, I can predict that:

I cannot tell you what the solutions will look like, which companies will put them forward, who will lead this recovery or how long it will take. But I feel absolutely confident in saying that a recovery WILL take place and the foundations for a brighter future are being laid today.

Why I Have Faith Right Now

It might sound strange to hear a Chief Investment Officer talk about faith. But I do have faith in the future. I also have faith in the American Dream—even as it is being tested and reformulated right now. Faith could be just another way of describing consumer confidence, which is essential for any form of growth or recovery. But for me, faith goes deeper than that. It goes right to the core of who I am and who, I believe, we are as a people.

Why do I have faith and how can I be confident given all of the uncertainties we are facing? I do not believe it’s wise to bet against the American spirit of innovation and progress. As a people, we have been very, very good at solving some of human history’s most vexing problems. But almost never have those advancements been certain or uncontested. Let me share three quick examples.

First, of the 56 signers of the Declaration of Independence, only a handful were well-known and influential. Most signers were ordinary people with big dreams and a willingness to sign a document they believed in—even if their signature put them at great risk. They had faith in a future that was very uncertain. For all of those signers, things would get far worse before they got better. The darkest days were ahead of them. Yet from those efforts a new nation was born, a nation unlike any ever before.

Second, during World War II, the American people were asked to put their faith in a Federal government led by a sickly man who would die in office. Franklin Deleno Roosevelt’s voice sustained the soul of a nation over his fireside chats. He maintained trust by telling the American people the sometimes-awful truth about the state of the war, while never leaving them without hope or a sense of confidence that the US and our allies would prevail. While FDR would not live to see the victory, it is not an overstatement to say that FDR’s faith propelled us, as a nation, to victory.

Third, in the summer of 1964, Lyndon B. Johnson signed the Civil Rights Act. It would be a long, hard road to realize the end of “separate but equal” with many people, including Martin Luther King Jr., giving their lives for the cause. Yet today, there are no bathrooms, drinking fountains or separate seats on the bus for African Americans. It is true that there remains a long way to go to realize the promise of liberty and justice for all. But with the benefit of perspective and hindsight, it cannot be denied that we continue to make serious progress over generations.  Even while watching one of my favorite TV shows, the West Wing filmed some 15-20 years ago, I can see the progress we’ve made in a number of social and judicial fronts.

These three anecdotes (and I could have chosen many more) from our nation’s history demonstrate that moments of crisis test our will to take prudent and necessary risk. When it really matters, when the game is really on the line, as a people and as a nation, we have taken these prudent risks to face adversity and move forward. Today is no different.

Faith In The Social Compact

As the leading nation of modern democracy, the United States was founded on the notion of a social compact “of the people, by the people, for the people”. This concept postulates that people will act, often implicitly, on the belief that cooperation and short-term sacrifice will lead to long-term benefits for a greater number of people. I believe our social compact holds strong today, even today when liberals and conservatives seem to disagree about most things. While the social fabric of society is being sorely tested, the fundamental consensual nature of our governmental system, works.

Faith in the social compact has a direct bearing on your wealth and mine. I don’t think it is a stretch to say that investing is the visible evidence of faith in a social compact. Investors give money to corporations and other entities with little-to-no guarantee that they’ll see a return. Investors have faith that company leaders will use their money wisely to make the company more valuable and someday provide a return. Faith in a social compact undergirds our economy, our democracy and investing in our future.

Here is my thesis: we all have a great deal to gain by remaining steadfast in our faith in a better future through the crises we face today.  Our steadfast resolve will work to achieve real, lasting solutions. We have a great deal to lose if we withdraw and pull back to what looks like safer territory. It is only by taking prudent risks, by staring down uncertainty and unpredictability, that we put ourselves in the position to triumph over the crises we face.  And at our core, all of us want to make a difference, to make the world better than it is. Americans have done this before.  We will do it again.

What Should You Be Doing Now?

At Strait & Sound, we believe in the idea of smart and prudent risks. Every client we serve receives a financial plan and an investment plan. Both of these plans are designed to achieve a client’s long-term financial goals in line with their risk tolerances. But periods of uncertainty can change how people view risk.

To be clear, I am NOT suggesting that you should be taking on more risk right now. But some people seem to be wondering if they should be in the markets at all, given the uncertainties that lie ahead. My question, to people who feel this way, is this. What has changed in your long-term goals? If nothing has changed, then quite possibly, it is not wise to change anything in your financial plan or investment plan.

How Can We Help You?

Living in the age of unpredictability makes many people rather uneasy and I certainly understand that feeling. As Americans, we prefer action to inaction. Most of our heroes are people who took action, especially in situations that seem dangerous. But right now, no action could be the most favorable course for long-term investment results.

If something doesn’t feel right for you, the most important thing for us to do right now is to talk it through. Strait & Sound is open for business. Steadfast and Together we will prevail. Let’s talk. My door is open.