Economic Storm Or Better Opportunities Than We’ve Seen In A Long Time? 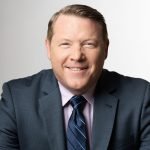 Todd Sixt is the CEO of Strait & Sound. He is a successful and seasoned leader of financial service teams. His focus is to ensure Strait & Sound’s clients are provided with a first-class experience and that the work delivered by our people is unsurpassed in the financial services industry. At his core, he believes in excellence.

The R word is being thrown around a lot right now. You know the one. Recession. Some analysts are saying that we are headed for a great big storm. There is plenty of evidence to support that sentiment. But I take a somewhat different perspective. No one can accurately, 100% of the time, predict the future. No one. Let’s be honest here. We truly don’t know what’s coming.

That being said, I believe we are headed into a mixed market, one where certain sectors of the economy will experience a rough ride. But other sectors will fare quite well. More than anything, I believe that long-term investors, those with a healthy attitude toward risk, need to be visionary right now. This is  not a time for panic nor a time to sell. This is a time to be wise, to be patient and, quite possibly, to carefully identify opportunities that are most definitely out there. Here are my perspectives on the state of the U.S. economy in Q2, 2022.

It’s a challenging time to be an investor right now. I’ll admit that straightaway. What’s making it challenging?

So does all of this bad news automatically guarantee that we’re heading into a recession? Before I offer my perspectives on that topic, I think it’s important to get the definition of the term right. To a lot of people, the word recession means a bad economy, joblessness, high interest rates, out-of-control inflation and a feeling in the pit of your stomach that things are just not going well. That’s not really what recession means.

What, Exactly, Is A Recession?

I’m sure this will be cold comfort to anyone who’s concerned about a recession. But just so we’re all operating on the same assumptions, here is the technical definition of a recession.

A recession is marked by two consecutive quarters of declining GDP as documented by The National Bureau of Economic Research.

A better way to think about a recession is that it represents a temporary slowing of growth. It tends to cool off a red-hot market. It’s sort of like the economy catching a cold. When economists talk about a coming storm, it tends to make people duck for cover. I think that’s something of a mistake. A storm might be a category 5 hurricane. Then again, it just might be a rainstorm, the kind that helps everything grow.

When economists use the word recession, my concern is that people tend to hear the word depression. So, I think it’s important to distinguish between them. If a recession is a decline in GDP over two consecutive quarters, a depression is far worse than that. While there may not be a formal definition of the word that all economists will agree to, in general, a depression means an extreme fall in economic activity that lasts for years. The U.S. Great Depression in the 1930s is a classic example.

So let me say this for the record. It is entirely possible we may be in a recession right now. But the likelihood that this will turn into a depression, at least in my mind, is very small. Why do I say this?

This is why I think it’s important to keep in mind a crucial concept. Recessions and even depressions end. So the question I think we should all be asking ourselves is this. How will I be positioned for the economic rebound that is likely to come on the other side? That, my friends, is how I encourage you to think about where we are now. The reason I say this is two-fold:

“For a select few brave individuals with a tolerance for risk, this could be the ideal opportunity to make moves that will propel them forward, once the rebound that we all know is coming gets here.”

What Do I Recommend Right Now?

Given everything I’ve said above, I do have four recommendations:

Avoiding long-term debt right now is a good idea. The most significant form of long-term debt that most people consider is real estate. At the time of writing this article, 30-year fixed interest rates on primary mortgages have jumped from around 3% at the start of the year to around 6% today. This means that buying a secondary vacation home right now may not be the best idea.

Let’s talk about diversification for just a moment. Some people think that they’re diversified because they own stock in the top 10-to-15 U.S. based companies. That’s not what I mean by diversification. For me, there are four primary ways to diversify:

So when you look at these four asset classes, how does your diversification strategy stack up? Are you balanced across all four of these in ways that align with your risk tolerances? When the markets course correct, I often find that risk tolerances go down. People get that feeling in the pit of their stomach that they’re about to lose a lot of net worth. Usually this happens because they’re unbalanced in their risk tolerances. It sometimes takes a course correction for people to realize that they’ve taken on more risk than they ever really wanted to.

Now let’s look at opportunities to buy. I actually do believe that this is a good time to buy for those with cash and a willingness to take risk. Smart investors look at the fundamentals. For me, P/E ratios (price-earnings ratio) are one of the truest indicators of a company’s financial strength. A business’s P/E ratio is factored by dividing their share price by their earnings per share. You can then compare the current P/E ratio to a historical norm. A higher P/E ratio then normal  is not a very good time to buy. Currently, valuations measured by the P/E ratios are much lower than the last few years and again indicate this is a better time to be buying.

There are several industry sectors we’re tracking right now that look attractive. For instance, in the finance and banking sector, a few institutions have P/E ratios in the single digits—something we haven’t seen in a long time. But it’s not just banking. Several big tech stocks are more affordable now than they’ve been in many years. The healthcare and bio tech sectors are also showing favorable opportunities. I’m not suggesting that you should buy stocks in these sectors. But I am saying that if the situation is right for you to buy, these sectors are showing a better relative value than the market has offered in a few years.

Finally, I want to remind you that this too shall pass. We’ve seen periods of expansion and contraction before. They don’t last. That’s why my advice has been that time-in-market beats trying to time-the-market. The markets are simply too unpredictable to try to perfectly time. Most people who do that end up with regrets.

I also want to leave you with this parting thought. Market corrections are actually a good thing because they remind you about what’s really important in life. My wife and children, our home, our health, time with friends and family—these are the things that really matter to me. I would imagine you feel the same way.

Our goal is to protect and grow our client’s wealth so they can live a life free of financial worries. So if the current market is eroding your peace of mind, if it’s causing you undue stress, maybe it’s time we took a look at your risk tolerances? If you feel like you need that, please know that our doors are open.